We are rapidly approaching the start of the 45th Cleveland International Film Festival (CIFF). This year’s festival will run from April 7 until April 20 and again will be entirely virtual. The program listing all of this year’s films is available at www.clevelandfilm.org.

NEO Sierra Club is partnering with CIFF to present Youth v Gov, a documentary about a group of 21 children who have been suing the federal government since 2015. These children (now adults) claim that the government has violated their constitutional rights to life, liberty, and the pursuit of happiness by creating the climate crisis they will inherit. Directed by Christi Cooper with help from world famous climatologist James Hansen, the film reveals the power of our youth to protest and influence critical environmental policy.

To buy tickets for Youth v Gov and other CIFF films, go to the website listed above. Ticket sales for CIFF members begin on March 22 and for the general public on March 26. Buy your tickets early as there will be a limited number of viewings per film. Also, use the code word SIERRA when you buy your tickets to receive a $1 per ticket discount on any film. Stay tuned to the NEO Sierra Club website for more details concerning an online discussion of Youth v Gov. 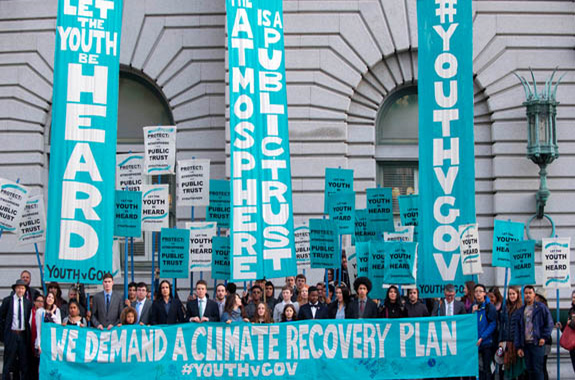